It is now over five months since we arrived back in Australia, an event I looked forward to immensely, especially after my sister Helen died in January, 2011. Her death was like a reality check that made the world feel larger and the time and distance between those near and dear to me became magnified into scary proportions.

As a daughter, sister, friend, daughter-in-law and nurse, I have observed first-hand how the dying lose interest in worldly affairs and possessions, but what does become important to them is their family and close friends.

We don’t know how many years we have on this planet. It’s remotely possible I could live for another thirty-plus years, but as Helen’s death so clearly demonstrated, I can’t count on that, so it suddenly seemed insane to be spending most of my time so far from my children and other family members.

Five months ago, I righted all those concerns. I am here and all is well with my world. 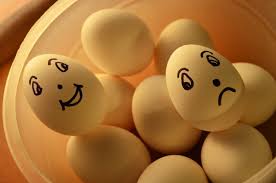 Perhaps not! I am often stressed, overwhelmed and befuddled.

I expected certain stresses on my return to Australia, there are legal and financial issues to deal with as well as the usual considerations needed when you move anywhere.  However, I coped well with my move to America, and later Scotland, so I expected this move to be a breeze.

Instead, it appears to have turned my brain to mush,

I’m having trouble remembering the things I should be doing, and that lovely sensation of feeling as if I have oodles of time is like a distant memory that I’m beginning to doubt was real.  There have been moments when I’ve convinced myself that I have early Alzheimer’s.

I asked other people I know who repatriated before me about their experiences and their responses have varied. It seems the shorter the time overseas, the less stressful the return, but some of them, like me, found the move back more difficult than they expected. An American friend used the word ‘grief’ in her explanation of how she felt when she moved home after a few years living in a foreign country. Initially, I rejected the possibility I could be grieving for my expat life. This is where I want to be, I love it here.

But on further reflection, it occurred to me that maybe I am suffering from a degree of grief.

I’m grieving for my lost, peaceful, and self-indulgent expat life.

When I moved to Florida and later, Glasgow, I didn’t know anyone. There were no friends, no relatives, no former work colleagues, and for the first time in many years, I didn’t have a job to go to. My husband and daughter were pretty much all I had to worry about. I couldn’t remember a time in my adult life when I’d felt so time-rich.

I focussed on finding and setting up a home for us, and exploring my new environments at leisure.

Since I’ve been back in Australia, as well as finding and setting up a new home, I’ve been busy catching up with former co-workers, friends, family – even cousins I haven’t seen for years – and of course I’ve spent large chunks of time with our children. We’ve celebrated four family birthdays, Christmas and New Year, made changes to our new home, I’ve been the driver for an injured son and my frequent-flyer husband, and I’ve helped three of my children move house.

It appears that the main reason I was desperate to come home – to be physically closer to family and friends – is largely responsible for the increased stress levels I’ve felt since I’ve been here.

I’m not complaining, I’m truly happy to be surrounded by these people, but I thought it may be of interest to those of you who still have this experience in your future. I probably wouldn’t have paid attention to my own advice when I was champing at the bit to get here, but you might be smarter than me, so here’s my advice to you for when you move back to your homeland —

I’m working on taking my own advice, but it can be difficult.

17 thoughts on “Repatriation Can be Hard”